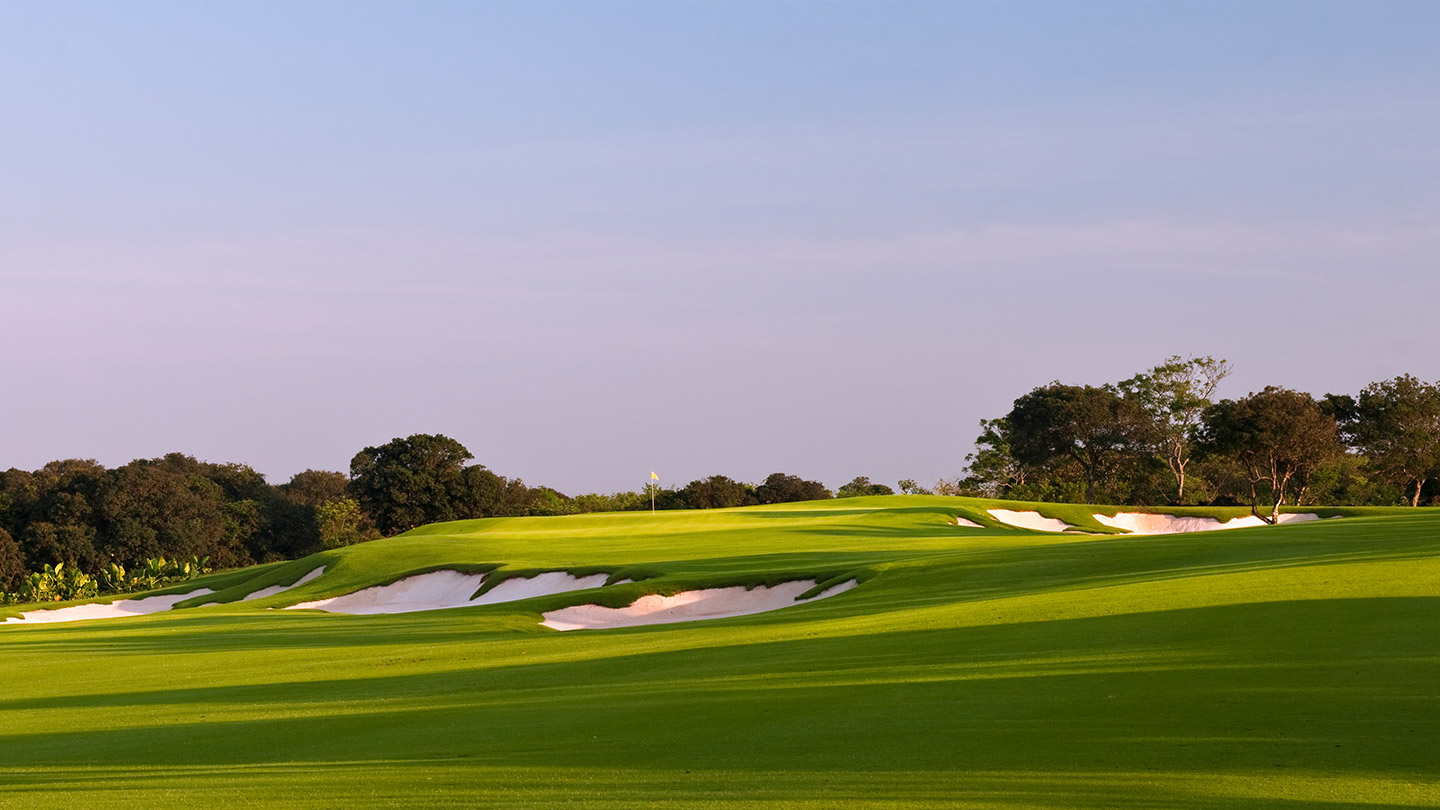 The crown jewel is the Blackstone Course at Misson Hills Haikou, a spectacular 350-acre core golf course that weaves through a striking landscape of mature trees, thick jungle vegetation, and expansive lakes and wetlands. The dominating site characteristic is the bed of lava rock which was capped with material located 25 miles away. The naturally rolling terrain sees dramatic elevation change and great care was taken to find as many natural holes as possible to avoid cutting the rock and to preserve the magnificent Lychee trees.

The lava rock base has been incorporated as an integral element of the design by weaving irregular lines of turf and rock, eliminating the typical hardline edge of most courses. Adding to the look are wild, irregular bunker edges and transitional sand edges that effortlessly work into the native lava rock. Fairways sweep across the landscape conforming to the natural terrain with an emphasis on surface drainage rather than contained low drain inlets. The result is a magical blanket of turf with soft irregular edges and a lack of hard lines as there is only fairway cut (no rough, even at bunker faces). The lava bed is incorporated into forced carries creating a dramatic contrast and the lava rock walls and village ruins created years ago remain as a testament to the site’s past.

The Black Stone begins in the more heavily wooded portion of the property with a wide variety of hole lengths and natural amphitheater green settings. The final holes play in and out of a hub of raised terrain that allows spectacular views of the closing holes with little need to move. Easy green to tee relationships and easy terrain render the course very walkable. Difficult, long (at over 7,800 yards) and with risk/reward opportunity at the final holes, this course should prove to be one of the premier tournament courses in the world today. Great effort was made to provide not only a great tournament golf course, but extensive planning and construction has created support facilities capable of hosting big events with the greatest of ease.

No.1 Blackstone, the championship course, 73 clubs

No.4 The Stepping Stone, 54 clubs, no carts available

No.8 The Double Pin, 54 clubs, no carts available 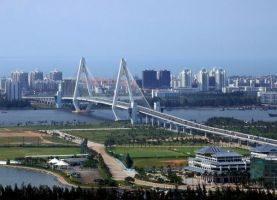