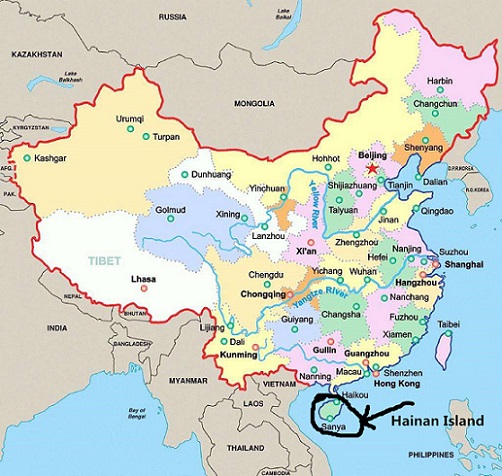 Hainan Island, separated by the Qiongzhou Strait from the Leizhou Peninsula of Guangdong Mainland China, is the second-largest island in China with a land area of 32,900 km2 (12,700 sq mi) after Taiwan. Wuzhishan Mountain in the middle of the Island (1,840 m) is the highest mountain on the island. Hainan Island measures 155 km (96 mi) long and 169 km (105 mi) wide.

Hainan Province is the smallest and southernmost province of  China from 1988, consisting of various islands in the South China Sea. When we talk about Hainan, we mean the major Island Hainan Island.

The provincial name Hainan derives from its major island, Hainan, which is named for its place south of the Qiongzhou Strait. (To the north of the strait, the Leizhou Peninsula in Guangdong is also known as Haibei or “North of the Sea”.) 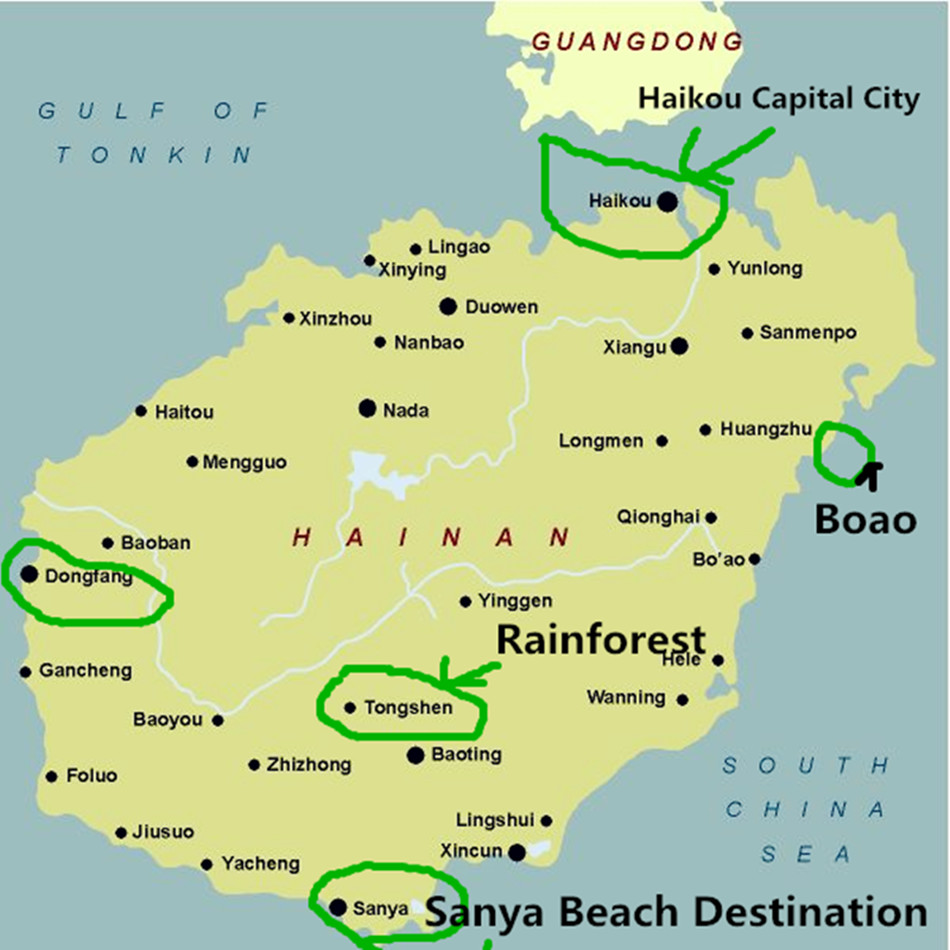 Places to Visit on Hainan Island