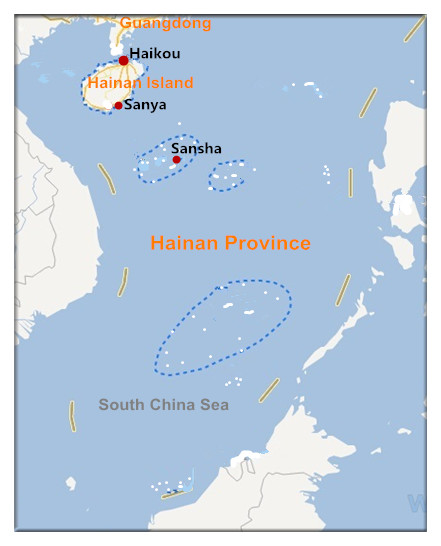 Approved on June 21, 2012, by the State Council of China, Sansha was founded on July 24, 2012, as the youngest prefecture-level city of China with a land area only 4 square miles (10 square kilometers), the smallest in China. The city government is based on Woody Island or Yongxingdao, covering about 2 square kilometers (494 acres).

Chinese Name: 三沙 (sān shā)
Province: Hainan
Location: 300 kilometers (186 miles) to the southeast of Hainan Island.
Population: 2550 ( updated by the Chinese government in 2018)
Land Area: 4 square miles (10 square kilometers), the smallest among 293 prefecture-level cities of China.
Sea Area: 770,000 square miles (2 million square kilometers), bigger than any other city or provinces of China
Sansha City governs Xisha Islands(Paracel Islands), Zhongsha Island and Nansha Islands (Spratly Islands).
The city government is based on Yongxing Island covering about 2 square kilometers (494 acres). Beijing Road, which is about 200 meters long is the center area with a Post office, a bank, small shops, one small supermarket, and 4 hospitals.
So far, Sansha city is not open to Foreigners yet. Sansha Yongxing Airport (IATA Code: XYI) opened the first and the only flight to Haikou in late 2016. But the flight is not for tourists, but for the personnel with certain government certificates.
Chinese tourists can visit Sansha City by a 4 days 3 nights cruise ship from Sanya. 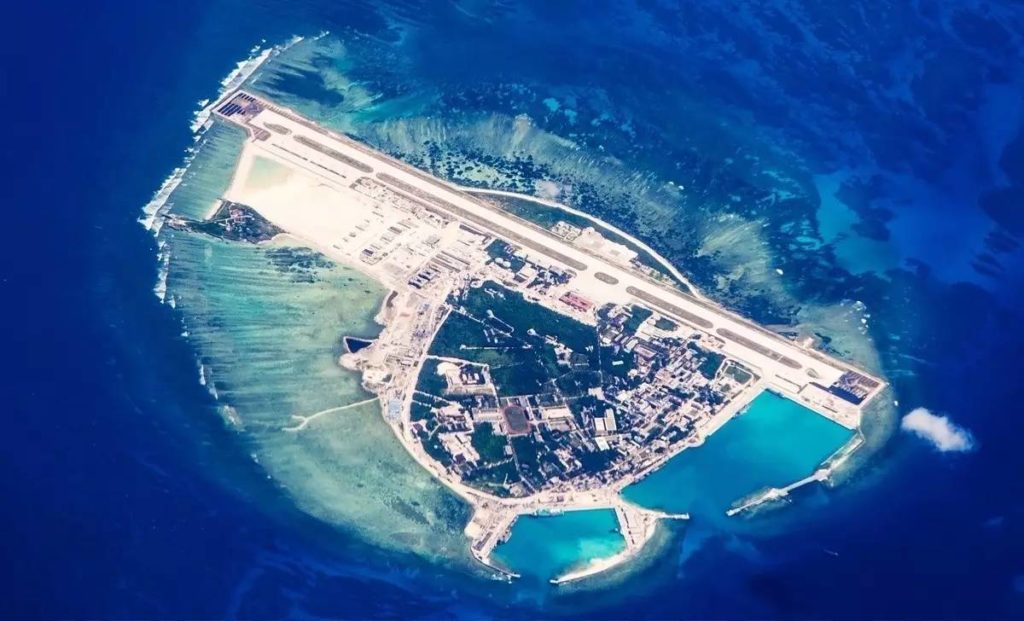 The climate in Sansha is tropical marine, hot and humid all year-round. The annual average temperature is around 28.8 C for Nansha Islands with almost no temperature differences in the whole year. There are 2 seasons: the Raining season is June till October, also typhoon seas and the dry season is November till March.

Sanya City Hainan Island, the youngest city with the smallest land area and the largest sea area in China.